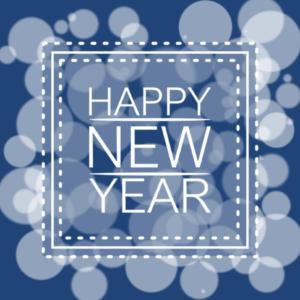 It’s a new year, so California has new laws now on the books!

The biggest new law is the one about new restrictions on independent contractors v. employees, which we’ve covered elsewhere. However, there are plenty of new laws that affect employers.

Failure to Pay Employee Penalties. California employers already know that failing to pay employees on time and in full can cause big problems, but there are new penalties that make it even more serious. In addition to draconian penalties like up to 30 days wages for each paycheck that was not paid in full, there are additional penalties of up to $100 for each failure to pay an employee. For those employers who don’t get it, that doubles to $200 for each subsequent or willful violation, plus 25% of the amount unlawfully withheld. California employers need to understand, more than ever, that cheating your employees is a bad, bad move – intentional or otherwise.

Family-Related Laws. Beginning in July, both employers and employers should know about temporary disability payments paid out by the state to employees who have to take time off work to care for an ill family member or newborn, or because a family member has been called to active duty. Being funded through the state disability program, this is separate from any employer program. Employers may be able to keep important employees for the long term by making sure that they take advantage of this program. In addition, employers should be aware that they are required to reasonably accommodate mothers expressing milk for their newborns with both a safe, private space to do so that has facilities to allow an electric breast pump to be used. Bathrooms are not reasonable accommodations. In addition, the new mothers are allowed by law a long enough break to do so. New mothers already have their hands full – literally and figuratively. Employers who accommodate them will earn some long-term loyalty. While this applies to all employers, those with less than 50 employees can be exempted when they can show the expense would be too significant. Contact us if that is the case. 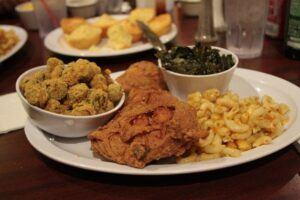 Food Safety. If your business deals with food, be aware that Cal. Health & Safety Code § 113961 now requires that food handlers are no longer allowed to use latex – that includes gloves, ladles, and spatulas, among others – in contact with anything that touches food.

Restraints in Trade. Settlement agreements that include a “no-rehire” clause that applies to those who have filed a claim against their employer, be it in court or otherwise, are now against public policy. Legitimate non-discriminatory or non-retaliatory reasons can still prevent the re-hiring of the employee. Cal. Civ. Proc. Code § 1002.5.

Employees and Arbitration. Employment agreements, both specific contracts and more general policies such as employee manuals, can no longer force employees into arbitration, although they may choose to abide by one (including through collective bargaining). The practical effect of this is that no adverse job action can be taken against employees and potential employees who refuse to agree to forced arbitration. If you haven’t done so recently, now would be a good time to review your employee manuals and employment contracts.

Raising the Minimum Wage. The statewide minimum wage is now $12 per hour at employers with less than 25 employees, and $13 per hour otherwise. However, if you are in a city or county that has a higher minimum wage (and much of the Bay Area does), that higher wage applies.

Organ Donors. I’m a big fan of organ donors. Living donors, such as for kidneys and livers, do not get paid for their donation (though their medical costs are generally covered by the recipient’s insurance), but they still have to miss work to recover. California employers now need to provide paid leaves of absence of up to 30 business days in a one-year period to those who are organ donors. Donors do not have to take all 30 days at once. I know from personal experience that working a little bit one week, then working a little more the next, until I was back up to full strength, was a big advantage. Insurance coverage, among other things, shall continue. This is in addition to any leave available for the Family and Medical Leave Act. Yes, I know it is an expense, but donors are giving life to others – employers can take advantage of the good feelings created when lives are saved – kind of like being a donor, but without needles or cuts.