California employers need to have their heads up:  California is in the middle of a huge re-balancing of the rights between employers and workers. Guided by the idea that employees are most companies’ best asset, California is cracking down on tactics that abuse worker’s rights. That includes traditional practices like using independent contractors. California is also adding resources to enforce existing laws that have long been ignored.

Helping employers avoid paying workers as employees was the staggering collection of rules, exceptions, and exceptions-to-exceptions that were used to determine whether a worker had been mis-classified. The California Labor Commissioner has been years behind in enforcement. Designating workers as independent contractors has been a relatively low-risk option. Not anymore. California now effectively assumes someone is an employee unless proven to be an independent contractor. Protecting individual workers also has an impact on government: it is far easier to get taxes withheld at the time of payment than it is to recover them later.

Moreover, far from being low risk, lots of law enforcement agencies, from the State Attorney General down to some city attorneys, can bring the hammer down on scofflaws, with enormous payments and penalties. Employers are facing one of the biggest changes in the way things are done since the 1930s.

In 2018, the California Supreme Court unanimously decided to alter the standard for determining whether someone is an independent contractor or an employee. The California Legislature has now passed Assembly Bill 5 (“AB5”), which affirms the Supreme Court decision, and adds important limitations.

Why does the State of California care? According to the Legislature, employees misclassified as independent contractors “lose significant workplace protections.” These includes employee rights like full payment at the time of the discharge, overtime, protections against discrimination, and worker’s compensation.

Gone now are the various multi-factor tests that institutionalized confusion and game-playing. The test now is as easy as A-B-C:

“Under this test, a worker is properly considered an independent contractor to whom a wage order does not apply only if the hiring entity establishes:

(B) that the worker performs work that is outside the usual course of the hiring entity's business; and

(C) that the worker is customarily engaged in an independently established trade, occupation, or business of the same nature as the work performed for the hiring entity.”

Next, the test itself is relatively simple, far simpler than prior tests. 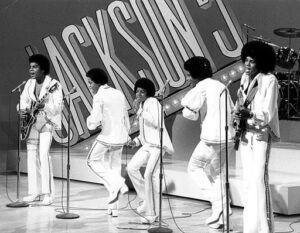 Part A of the three-part test asks whether the worker is “free from the direction and control of the hirer.” This used to be known as the “means” test – did the hirer control the means in which a job was done? The hirer’s responsibility is limited to pointing out the objective, like a clean office, getting a certain number of people to respond to a survey, etc.; the worker decides how to best get to the objective. The less supervision by the hirer, the better.

Part B looks at how much the worker’s job relates to hirer’s business. If the hirer sells automobile parts, a computer person doesn’t relate directly auto parts sales. Someone in the backroom monitoring those parts does, and would not qualify as an independent contractor.

Any Questions? If you are at all in doubt, call us. If it’s short and sweet, or for an existing client, it’s free.

Enforcement. Companies found to have misclassified workers can be forced to pay back wages and penalties that can double the original cost. If paychecks got short-changed, up to thirty days’ pay can be assessed for each short paycheck. This can bankrupt even good organizations.

Prison Time? Moreover, the penalties can really hurt. Employers can be charged criminally:

These laws do not require knowledge of the law; if you broke them in an intentional manner, you are liable – and if you are the responsible managing officer of the company, you might go to prison for up to five years, and the company could pay huge fines.

More Enforcers. Until now, there have been just a few overworked bureaucracies regulating hundreds of thousands of employers in the state. That is changing – fast. Now, agencies from the attorney general on down to individual cities (automatically for Los Angeles, San Jose, San Francisco, and San Diego; through the county district attorney’s office otherwise) can enforce this law on independent contractors. More eyes, more danger.

What the Future Holds. There is likely more change ahead. Taxi-substitute companies like Uber and Lyft have based their business models on using independent contractors, not employees. They delayed passage of AB5 to try to get an exemption, but talks broke down. They have also threatened to support an initiative to give them an exemption; talks are continuing and may create some type of middle classification between employee and independent contractor.

However, the trend is clear – workers are not disposable in California. In the modern economy, those with skills want to be, and should be, treated as valuable business assets. Good business owners want to honor that.