The California Supreme Court will be deciding if it will lower the admissions standards for the  State Bar. California currently has one of the highest admission requirements in the country. Deans from law schools in the state want the cut score (the minimum passing score on the bar exam) lowered, as not enough of their students are passing the bar. Today, I received a survey, asking my opinion. It only asked whether we should keep the same cut score (from 1440 out of 2000), or lower it (to 1414 out of 2000). I not so respectfully submit that only raising the cut score (the minimum number to pass the exam) will not serve society and the legal profession.

I’ve been a lawyer since 1990. I’ve got some skin in this game. There is a good reason to argue that I’m biased, because with more lawyers, I face more competition. I’m on the inside of the circle, and it benefits me to keep potential competitors out. That should be obvious. However, the question isn't what is good for lawyers, but what is good for society, and society needs better, not more, lawyers.

But it should be equally obvious that the law school deans have skin in this game, too. If not enough of their students pass the bar, they lose their jobs – and even, possibly, their school. Whittier Law School has announced it will not enroll any new classes, because not enough students are passing the bar to become lawyers. 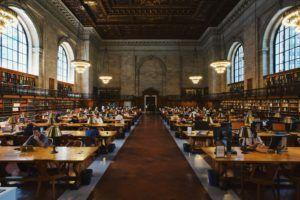 Whittier will not be the only California law school to close. California is one of the few states that allow non-American Bar Association (“ABA”) accredited law schools to operate. It has a separate accreditation process that some schools take advantage of, to avoid the more onerous requirements of the ABA. California also allows students from unaccredited schools to take the bar exam, if they passed the “Baby Bar,” a basic test for those who completed the first year of an unaccredited school (less than a third who take the Baby Bar pass). California has too many people, incurring too much debt, who want to be lawyers. Even those who pass the exam often have trouble finding jobs thereafter. In contrast, my entire class of about 270 people had jobs waiting for them by the April before graduation.

Most people have heard how scary the bar exam is. Traditionally, it was three days of testing (July 2017 marks the first two-day exam for California), on legal subjects as far afield as criminal law, contracts, security law, family law, tax law, real property law, estates and trusts, and so on. Much of what I was tested on I haven’t used. I specialize in business law and litigation, and intellectual property law and litigation. I haven’t really ever done any family or criminal law.

Contrary to the pleas of the law school deans, there is less of a need for full, generalist lawyers who attend a criminal arraignment in the morning, draft a lease before lunch, negotiate a divorse settlement afterwards, and have time to draft a patent application before leaving for home. Starting around the 1970s, large law firms could swallow up dozens of new attorneys, to read thousands of documents while getting training in how to be a good lawyer. While most of them did not become partners at the large law firm, they got the finishing necessary to be a good lawyer. Much of that is gone today.

Today, law firms do not hire large numbers of new attorneys to review interminable files, looking for the one nugget of golden information stuck among boxes and boxes of dreck. That has been outsourced to computers, which can sort through the documents, looking for key words. Computers can concentrate the useful documents and information in a week, which would have taken teams of 15-50 attorneys months in poorly-lit war rooms. 25 years ago, a lawyer couldn’t attend court hearings down the street and across the state the same day, necessitating sending the newbie lawyer to the least desirable hearing. Now, one attorney can do both without even getting out of his pajamas, by calling in via CourtCall from home.

Our law school system is producing lawyers for an early 20th century economy; we need lawyers for the 21st century. America no longer needs huge numbers of generalist lawyers, capable of handling everything from a drunk driving charge to a dog-bite case, to a securities offering. Our society need superior training in more concentrated areas of law.

Like others, here my suggestion to the California Supreme Court: do not lower the cutoff for the bar exam. We do not need more subpar generalists. Instead, overhaul the system. Break up the multi-day torture session for potential lawyers. The first stage should test for the core elements of law, like contracts, real property, and criminal law (similar to the Baby Bar), with a higher rate of passage to reflect the ability to concentrate more on those issues. All law students, not just those from unaccredited schools, should be required to take this test. This will wash out the least competent, while focusing the rest on specific areas of law after that.

Thereafter, allow specialized tests in specific fields, like corporate entities, family law, securities, estates and trusts, etc. Very, very few lawyers –even those with top grades from our best schools – have enough wisdom or experience to opine on everything from dog-bite cases to tax advice from their first days in the profession. We need more better, not more, law.